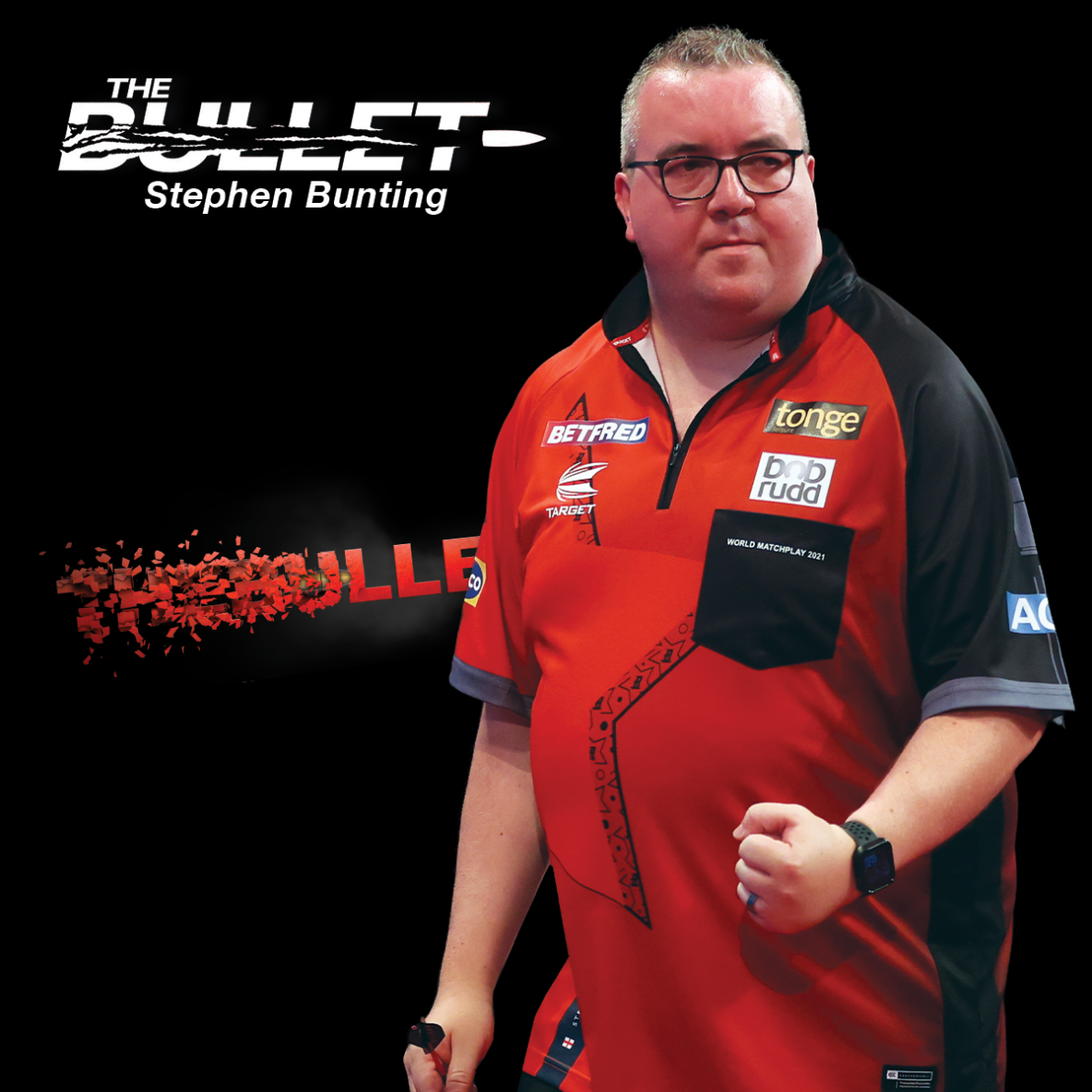 Born in 1985 and hailing from Liverpool, Stephen Bunting is a professional darts player and former Lakeside World Champion.

In 2012, the man known as “The Bullet” lifted his first major honour in the sport when he won the World Masters before successfully retaining it a year later.

However, Bunting’s greatest achievement in darts came on the 12th January 2014 when he fulfilled a lifetime dream and became the BDO World Champion.

That success propelled him to global recognition and shortly after that victory accepted an invitation to join the Professional Darts Corporation.

Since the switch from the BDO, Bunting has reached three major television semi finals, won two pro tour events and competed in the prestigious Premier League.

In a glittering career spanning over two decades to date, Bunting has amassed over thirty regional and national titles in addition to his multiple professional tournament wins.

Bunting began 2021 on a high by reaching the semi-finals of the 2021 PDC World Darts Championship beating Andy Boulton, James Wade, Ryan Searle and Krzysztof Ratajski on his way before losing to the future newly crowned World Darts Champion Gerwyn Price.